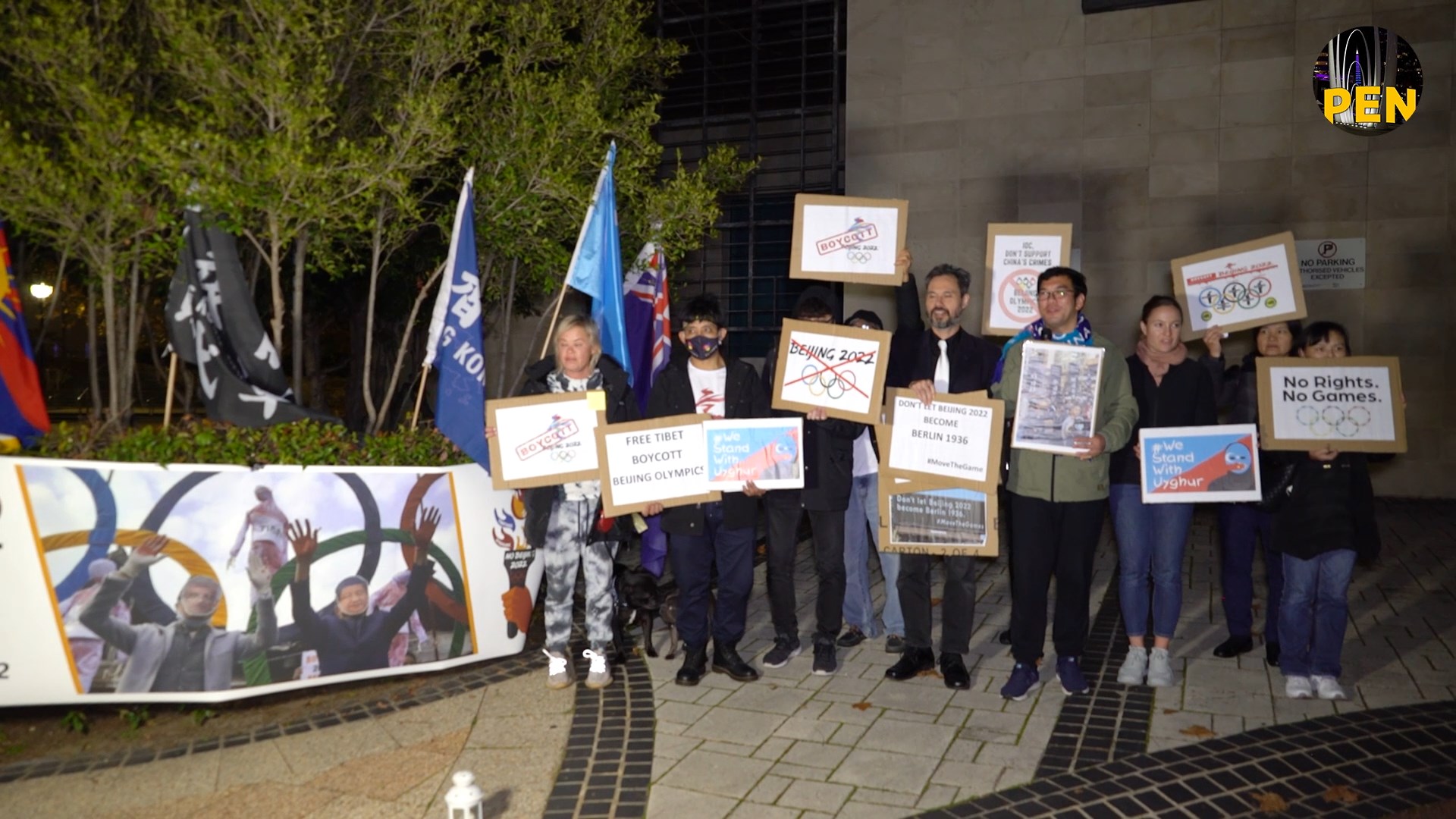 On June 22nd, several groups staged a protest outside the Chinese Consulate in East Perth, calling for a boycott of the 2022 Winter Olympics in Beijing.

The protest seemed to bring about an unexpected consequence, that is, the cancellation of a celebration dinner for the 100 year anniversary of the Chinese Communist Party. The protesters heard that the Chinese Consulate had invited 100 guests including local politicians and business elites in Western Australia to the dinner which was originally scheduled to be held that night.

The protesters believe that the 100 year history of the Chinese Communist Party is one of continuous massacres of Chinese people. The CCP has nothing to celebrate but shame.

A local Chinese newspaper reported that the Chinese consulate held a banquet to celebrate the CCP’s centenary on the day of the protest. The full speech in English by Consul General Long Dingbin was published in the newspaper.

However, as of July 1st, there are no pictures or reports about the dinner event on any local Chinese media in Perth.

It would appear strange that the Chinese Consulate did not hold a dinner party for the 100th Anniversary of the CCP.

It is very likely that the Chinese consulate cancelled the dinner because of the protest. The local politicians and business elites who were invited may have been afraid of photographs by the media being used as evidence of their good relations with the CCP.

The protesters also called on political and business leaders in Western Australia to soberly understand the evil nature of the CCP.