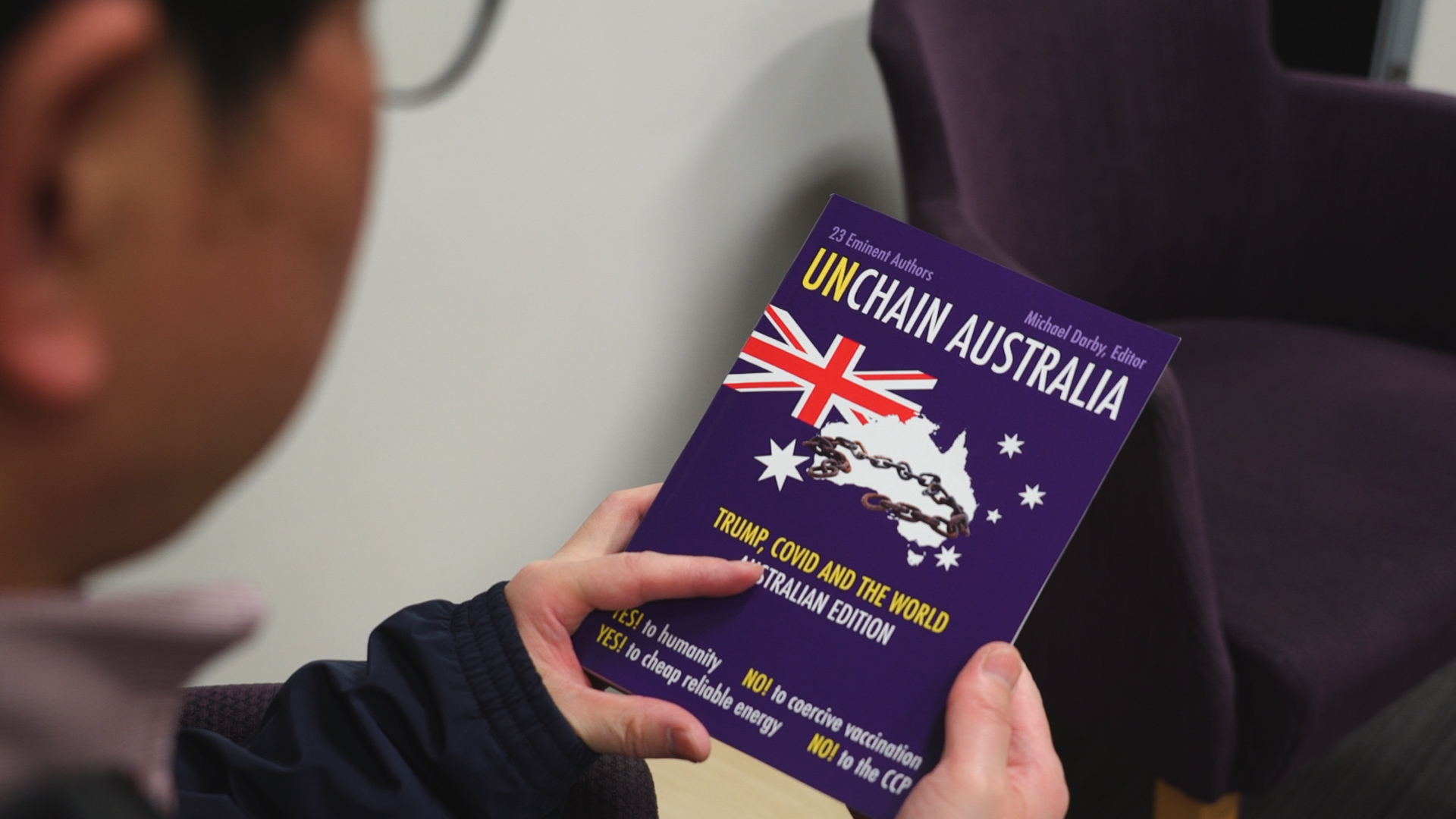 The book is themed around the challenges and conflicts faced by an Australian society under the impact of the coronavirus pandemic, globalisation and claims of climate change, as well as infiltration into our society by the Chinese Communist Party.

The book contains articles by 23 mostly Australian authors including outstanding legal scholars. Seven authors from Western Australia contributed 16 chapters, adding up to half the book. They were present at the premiere book launch held at the Sheridan Institute of Higher Education in Perth on August 23rd and they gave speeches at the event.

The outbreak of the coronavirus, sometimes called the CCP virus, is changing the world. How governments have been responding to the pandemic has caused people to worry about their basic human rights and freedoms being infringed on by politicians.

Michael Darby, who edited Unchain Australia, encouraged the audience to download the digital version (www.unchainaustralia.com/unchain) and read it.