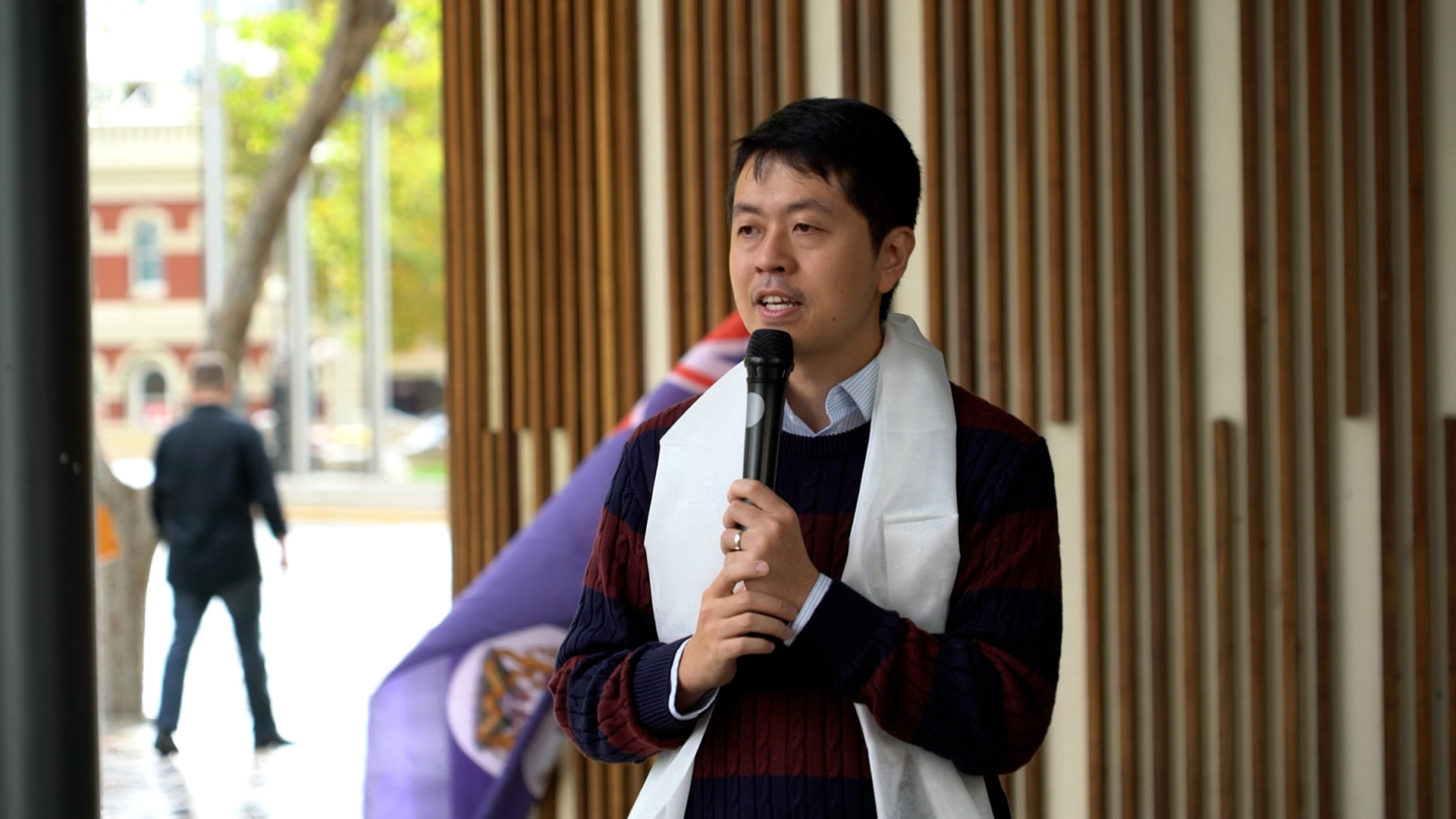 Ted Hui, a former Hong Kong lawmaker, showed up at a Photo Exhibition for Hong Kong’s freedom and democracy in Perth on June 11. He urged the Hong Kong migrants in Australia to unify and fight for those who have lost their freedom in Hong Kong.

The photo exhibition, with nearly 100 artworks, brought people to the anti-extradition movement in 2019, when millions of Hong Kongers gathered to defend freedom but were met with rubber bullets and tear gas bombs from police.

Many freedom fighters have been arrested in Hong Kong since the introduction of the Hong Kong national security law in June 2020. Some had to exile including Ted Hui but continue to be a voice for the Hong Kongers in the fight against the authoritarian Chinese Communist regime.

Ted Hui hopes that the Australian people and government can help Hong Kongers in their battle for Hong Kong freedom.

The photo exhibition is part of a global campaign to commemorate the 3rd anniversary of anti-extradition action in Hong Kong.

Candlelight Vigil in Perth for Fallen Heroes of Tiananmen Square 1989

A Sea of Colour As Spring Blooms in Araluen Botanic Park